Bonkers I tell you, bonkers. Totally not my thing but entered for shits and giggles and the opportunity to race on closed roads, with no expectations, just a plan to soak up the atmos and try and have fun. 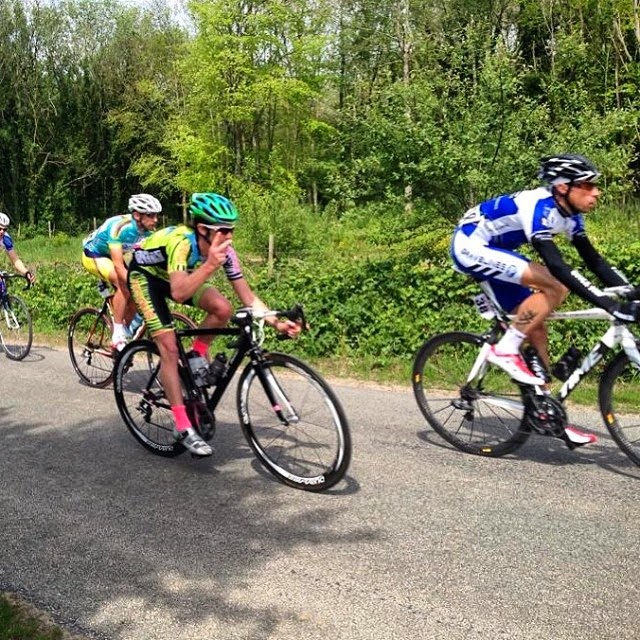 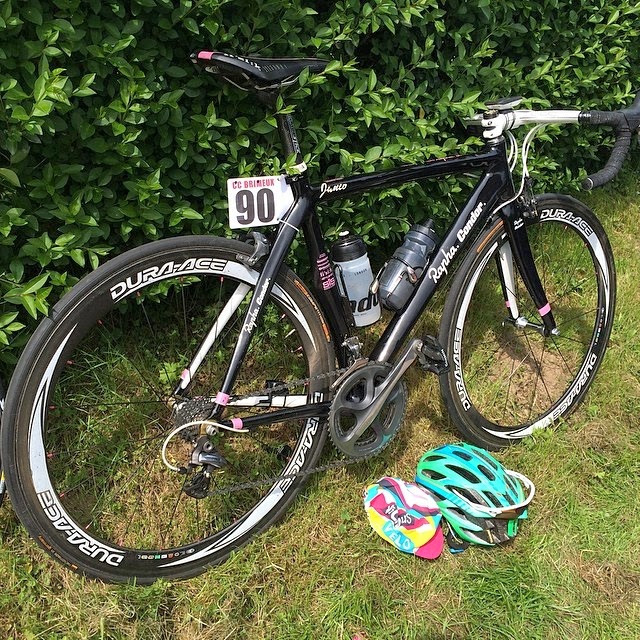 ViCiOUS Paul and I both managed 1hr before getting detached from the bunch at 50km on the 3rd climb of the day. I was pretty happy with that, and we were allowed to continue on round the opening 90km loop, on the still closed roads.

Extreme, high speed, massive bunch racing, entirely worth it for the single moment that the peloton flowed either side of a roundabout -SO PRO! 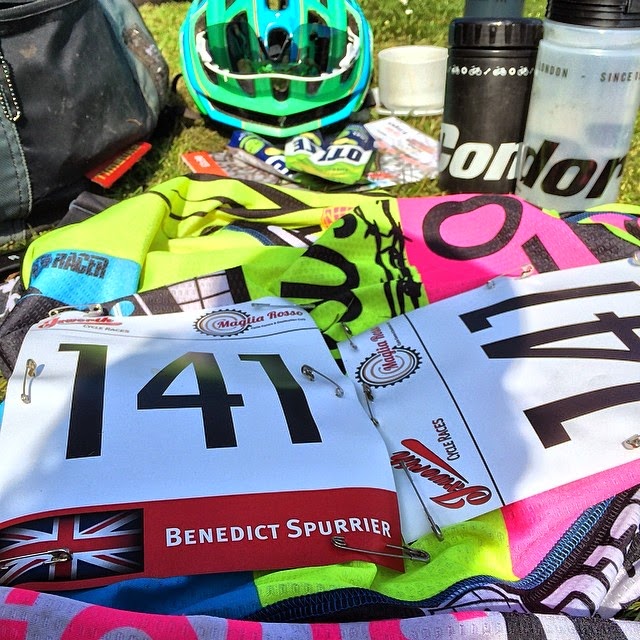 Guy in front of me fudged his start and I had to unclip, put a foot down and scoot past him. Chase, chase, chase, go into the red, get on, get pumped. Fun 1min circuit round picturesque Ixworth. I completed the race by way of a '2-up' with Ross Tricker. 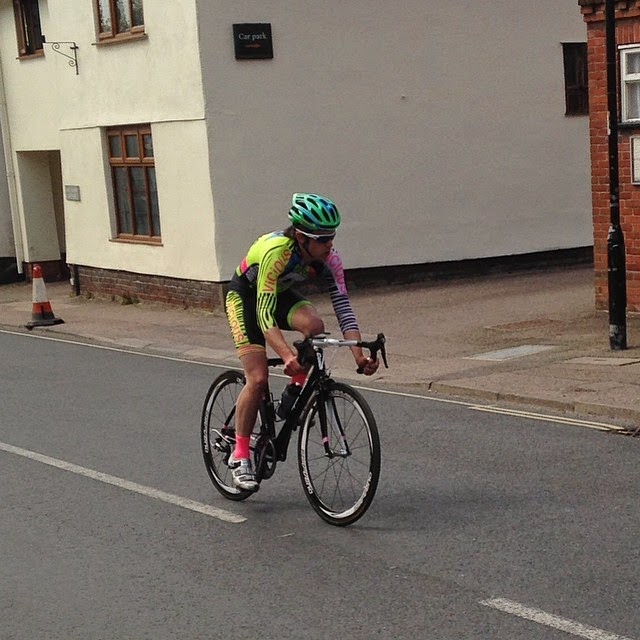 Who knew Rigoberto Uran Uran was a 3rd Cat now.

The pace was reasonably hot from the gun, with plenty of riders getting dispatched in the first few laps. I felt remarkably good and was well positioned until the 4th or 5th time up the climb when all of a sudden, my legs froze solid and wouldn't go round. I realized I couldn't feel my fingers which had all gone white as blood drained from them to go elsewhere. Early bath for me. 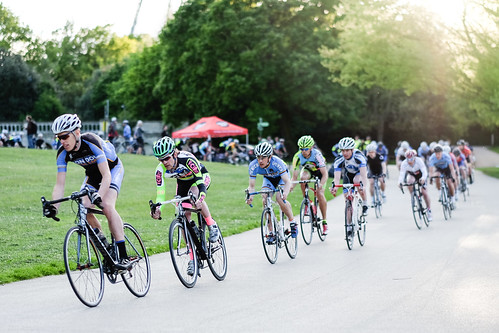 Cousin Will and I early on. More here.


Will went on to finish 2nd but would easily have won if had not been for the mass carnage everywhere which allowed a lone rider to slip away without anyone noticing.
Posted by Ben at 09:24 No comments: 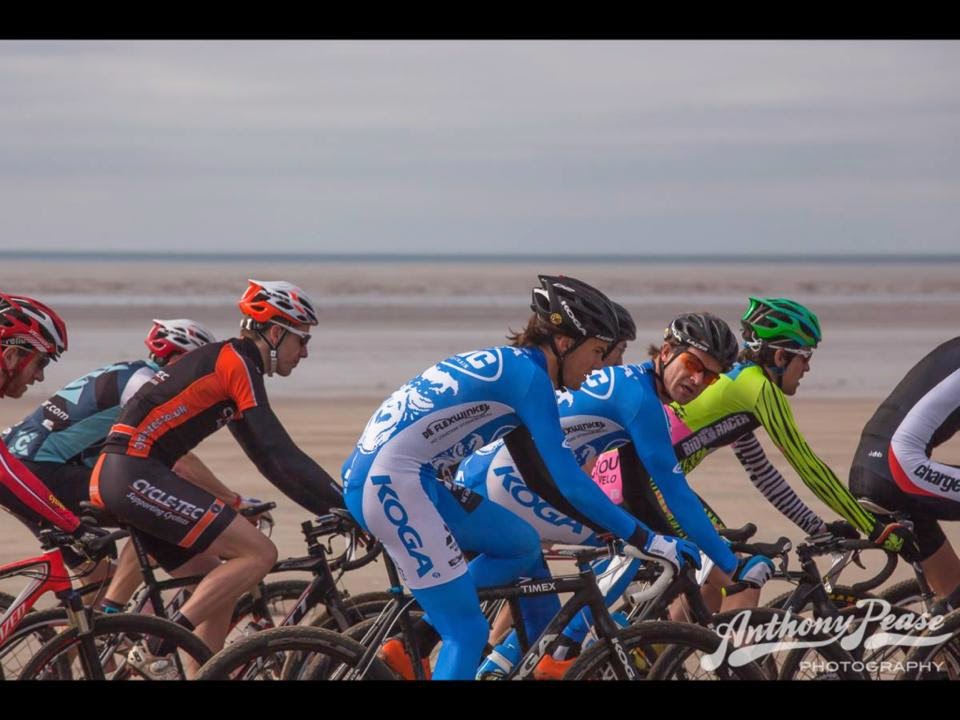 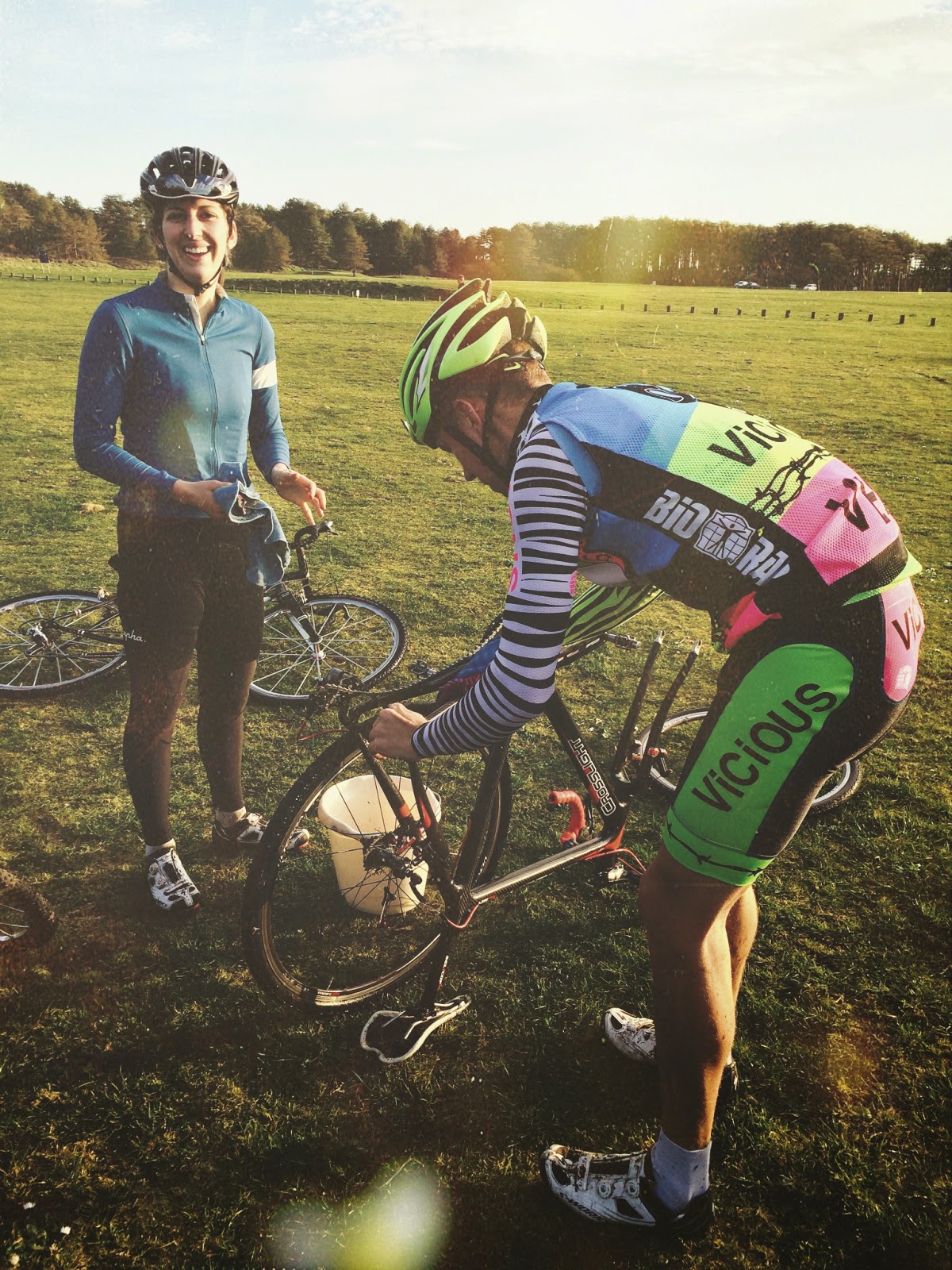 I initially pencilled Battle On The Beach into my diary as something to aim for through January and February to furnish myself with some motivation to keep riding. Also, I'm a sucker for anything a little, well, left of the field.

The rules stated you could ride any off road bike, but with no one having done one before, no one could say for sure whether cx, MTB or fat bike would be best. The ViCiOUS posse went fully cx.

The race itself incorporated the inaugural UK Fat Bike Champs as well as playing host to the Koga MTB team from Belgium along with the Wacky racers beach race specialists. The Belgian beach race bikes were pretty cool; the prefect scenario seeming to be a rigid or short travel hard tail 700c/29er - one guy even had a full tri bar set up.

This Belgian weapon was rolling on what appear to be Campag Bora's, shod with 50mm Dugast file treads. 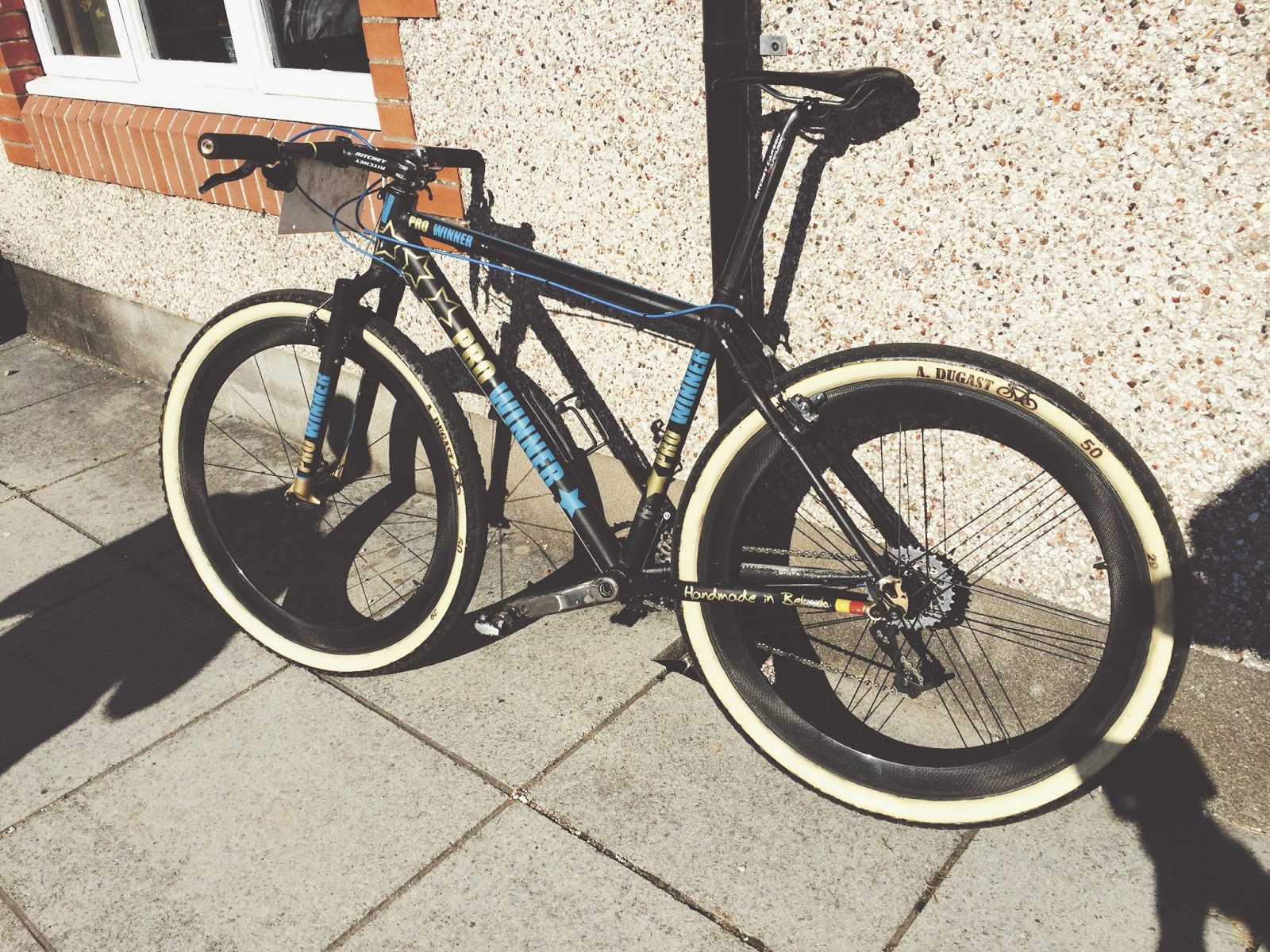 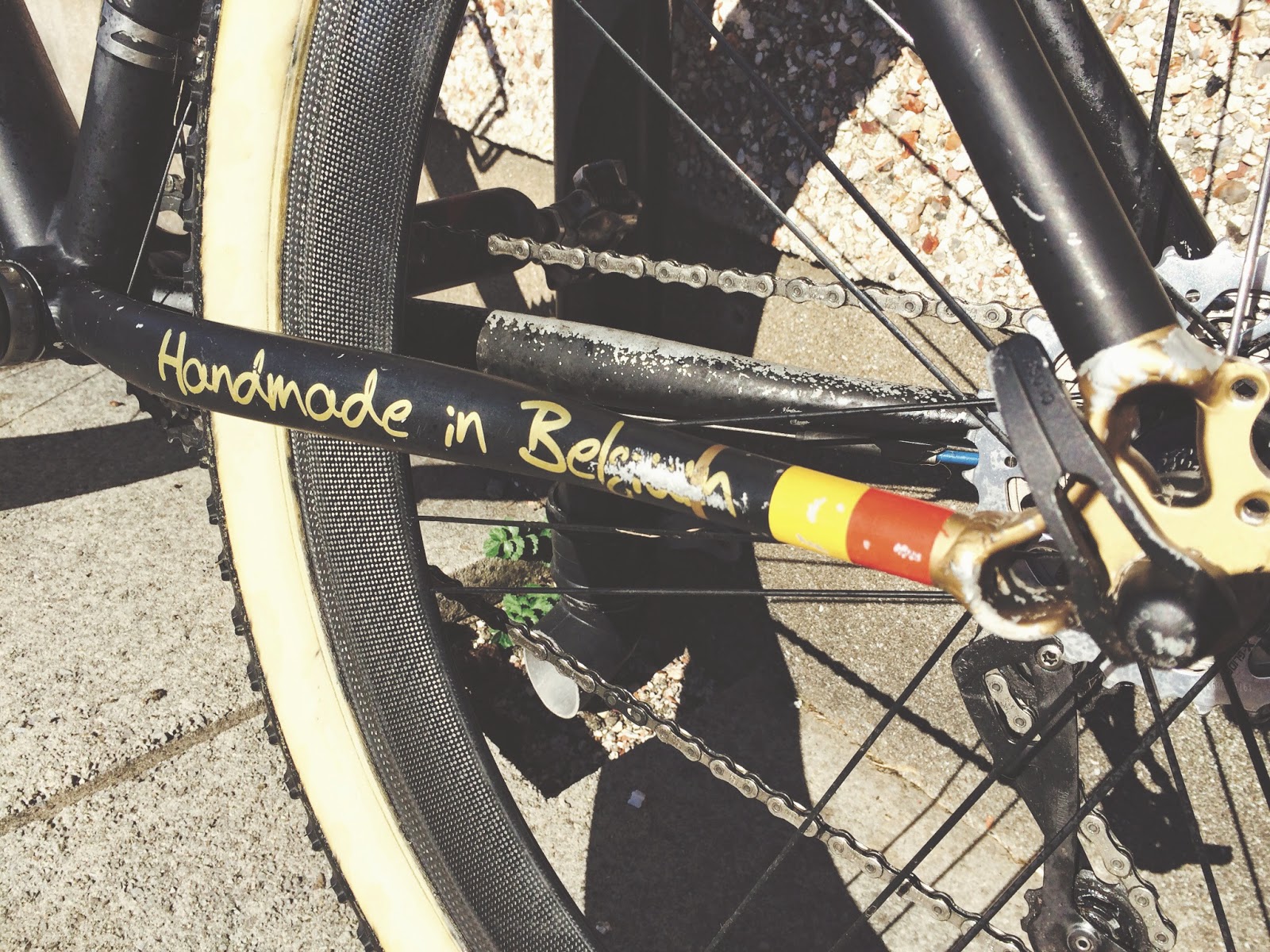 On race day, the venue had a nice buzz to it. The sun was out and people were genuinely excited to be taking part in something so new, with no one really knowing what to expect or how the rest of the morning was going to play out.

We were neutralised behind organiser Matt Page on a quad bike for about 1.5km from the start to the beach where the one thing we did know, was that all hell would break loose. In the first 4 or 5 minutes experience of Paris Roubaix VTT, 3 Peaks starts, Cape Epic and plenty of crit racing experience all took over and by the time we hit the sand, I was about 12th wheel.

Somehow I managed to ride the soft sand transition on my skinny tyres but made it to the hard stuff fully in the red. After about 1km of stem-chewing and out of the saddle efforts, I managed to bridge across and straight into the middle of the lead group of about 20riders.

I was amazed by the speed and strength of the 2 leading fat bikers, who seemed to be rumbling quite happily along with the bunch. As the exit from the beach loomed into view, attacks came thick and fast as riders vied for the holeshot. Again, I got up there in a decent position but it was agonisingly tough to get up the ramp as we scrambled up the steep, deep sand.

From here, it was really a question of damage limitation on a cross bike. The course had a mixture of flowing, fun singletrack, military roads, 4x4 tracks and puddles. Serious puddles.

Sometime into the 2nd lap, I caught my pedal on a stump and my foot came out of my pedal. I managed to damage a cleat bolt in the process and the cleat came loose, causing me to have to stop to exact a repair. Time and places were lost here, and again when I hit a section of flowing tail to hot and got bucked from my bike -miraculously landing on my feet, but having to straighten bars and saddle.

As the laps wore on, the conditions and racing really started to take their toll on the bikes. Cross bikes especially as they were put through their paces a bit more on the singletrack. By the end, everything was sounding pretty unhealthy -one 'puddle' created a bow wave that was definitely headset height.

ViCiOUS Paul suffered a puncture while closing down 5th place, and ultimately slipped to 15th overall. Boom was 3rd lady -the lead lady passed me at the end of the first lap, while Melanie Alexander, riding for Scott UK was able to maintain a strong 2nd place. 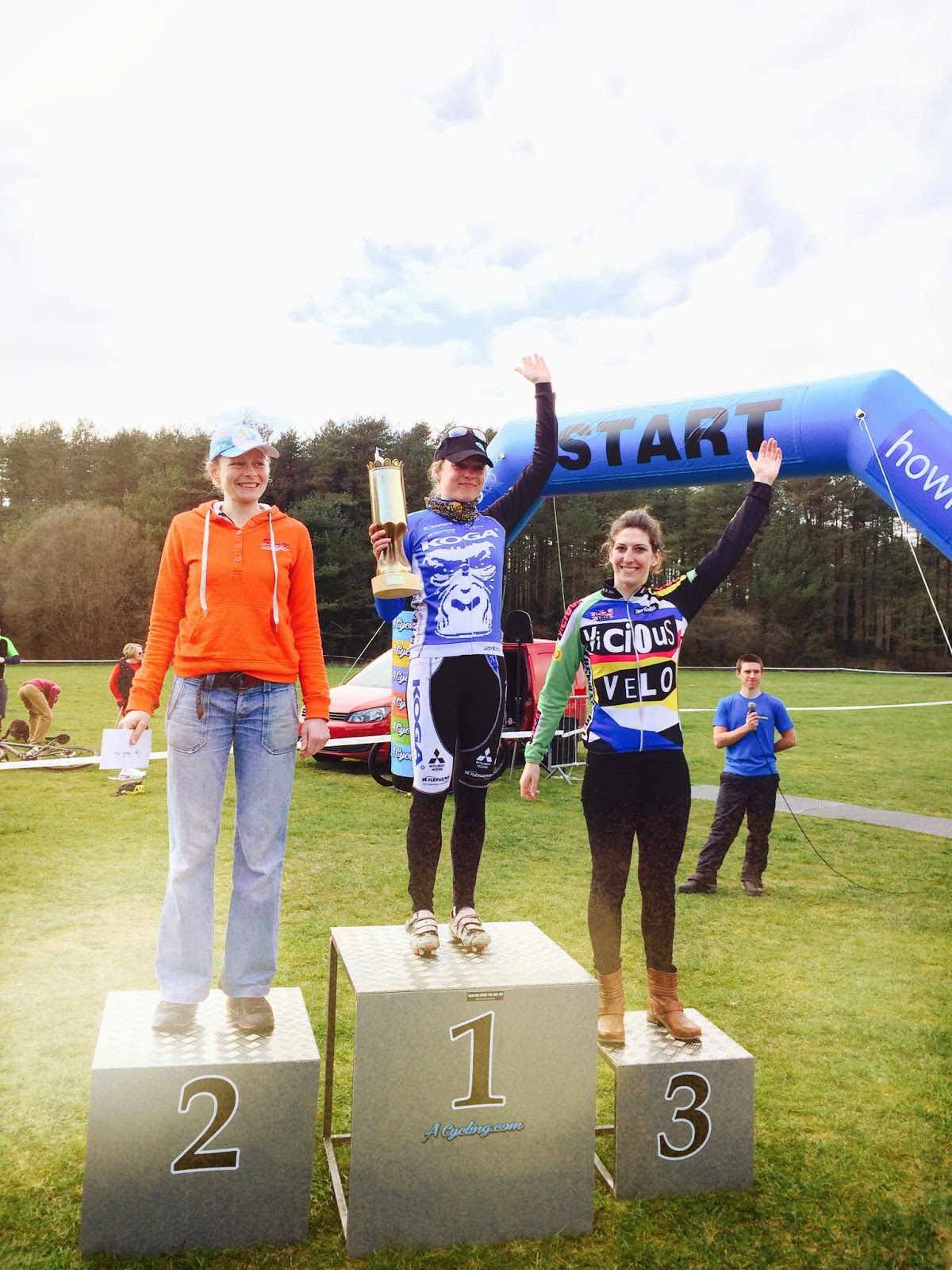 I was 22nd overall, out of 300, and 15th in category. A top 10 would have been nice, and definitely achievable next year, knowing what I know now. It was an awesome event, so much fun, Matt Page and his crew did a great job of getting the UK's first ever beach race off the ground and March 22nd 2015 is already in the diary.

Images from Anthony Pease Photography
Posted by Ben at 09:44 No comments:

3 bikes, half lap changes, some phenomenal pit crewing from the Barnes family.

These pics from Ben Putland sum it up quite nicely. 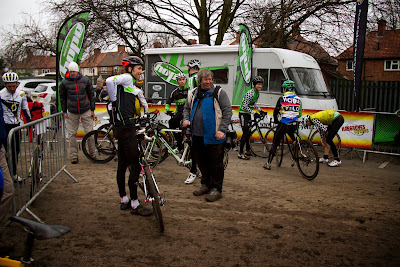 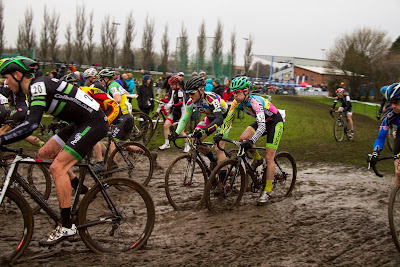 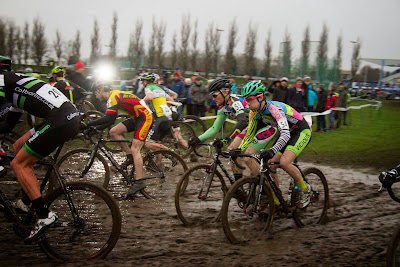 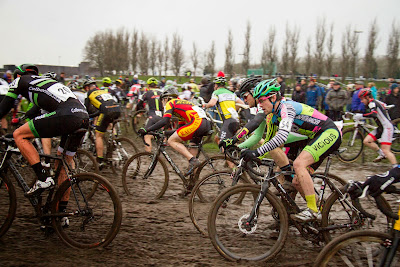 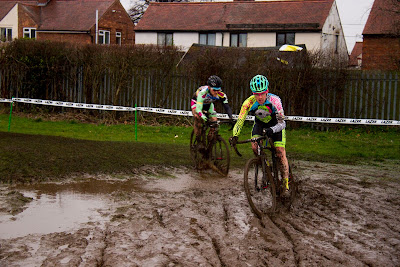 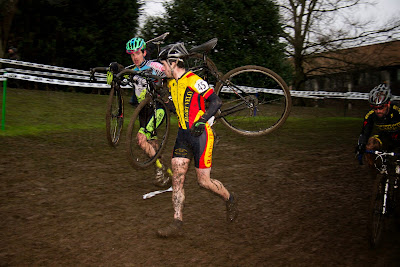 I was 41st in the end -nothing to write home about, but easily my best race of the season. Owing to the UCI 80% rule I was pulled as Ian came round for his bell lap. I thought I might make it to the finish unlapped (a first for me), but we'll never know. Curiously, it was more enjoyable than it looks. I seem to revel conditions like that.

Interesting from an equipment point of view was running a direct comparison between Challenge Limus and Dugast Rhinos. 2 identical bikes, with identical wheels but different tubs. The Limus' had more grip in the horrific mud, but felt noticeably slower.

ViCiOUS Po did well to finish 35th, Boom was 11th in the women's race, Kev was 22nd in an 85 strong Vets race and James Flury was 10th bihind first time winner Thomas Craig in the Junior race. ViCiOUS Velo also placed 5th in the team rankings, which is nice.

Stupid, miserable, shit day out all in all. I'd been looking forward to Bradford, as I always do. It's where I got my first okay result at Trophy level, the year of the infamous mud-chute. This has since been vastly scaled back and rarely garners the interest of more than a couple of spectators. Basically, the less challenging the course, the faster the race and the greater my disadvantage.

This wasn't helped by some weird brake jamming incident whereby my front wheel seemed to have shifted in warmup. I didn't notice anything untoward riding up and down the Tarmac but from the a certain point on the first lap, everyone else proceeded to leave me for dust. I'd had a good few weeks and felt alright, but all of a sudden, I was ploughing everything I had into the pedals and watching everybody else sail off into the distance. The guys in the pits said my front wheel wouldn't turn when they went to jet-wash it.

Then the water pump failed in the car 25 miles south and we got home 8 hours later on the back of a recovery truck. Big up to the RAC and Daryl the recovery driver though, top service all round.

http://moranphotography.co.uk
Posted by Ben at 07:18 No comments: